After serving their country, thousands of veterans often face problems reconnecting with civilian life. The disconnect often leads to a number of issues, including homelessness. However, the city of Lexington, Kentucky aims to end veteran homelessness once and for all. 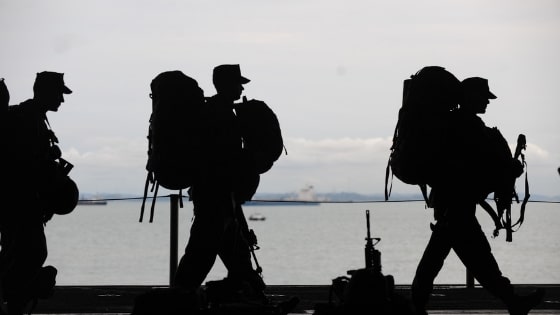 How Lexington Is Fighting Veteran Homelessness

There are a number of cities around the country that claim to have ended homelessness. In fact, currently 72 cities in the country have received such a verification from the United States government. This statistic, however, is not accurate, as often there are homeless veterans living in the city that may not originally hail from the city, which means they are not counted in the local census.

For example, the city of Lexington is recognized as having no homeless veterans, yet there are still 78 veterans currently in shelters. These veterans though are not living outside and every single one of them, as of April 2019, are living in local shelters. It is the plan of the city to have them all transitioned into regular housing in the coming months.

There are a number of government programs available that are designed to prevent veterans from living on the streets. However, not everyone has access to these programs because they don’t realize such programs exist. In fact, many of these programs need to be taken advantage of by city governments for veterans to receive access to the benefits. The benefits are designed to offer several tiers of assistance to veterans returning home from military tours of duty.

Many veterans find it difficult to connect with a line of work after returning home. They may have been out of the professional work force for several years (if not longer), so they may not have the exact experience some employers are looking for. The government programs help connect veterans with work, so they have money to pay for housing. There are also additional housing programs designed to prevent homelessness. Lexington has fully taken advantage of every government program, which is why no veteran is currently living on the streets.

Veteran homelessness is a real problem in the United States. With thousands of veterans struggling to connect back in civilian life these individuals often end up on the streets. However, the city of Lexington wants to make this a thing of the past. Should the city prove successful in its endeavors, others around the country will likely follow suit. This way, those individuals who served their country will have a better chance of avoiding homelessness when they return home.

Get the inside scoop on benefits, discounts, pay, & the most important military news from Military.net and our partners straight to your inbox. It's FREE!

By subscribing you agree to our terms & conditions for subscribing to the Military.net newsletter.