There are over 420 military installations across the U.S. Apart from being crucial to the mission readiness of the troops, they also play a big part in the development of the local economies. 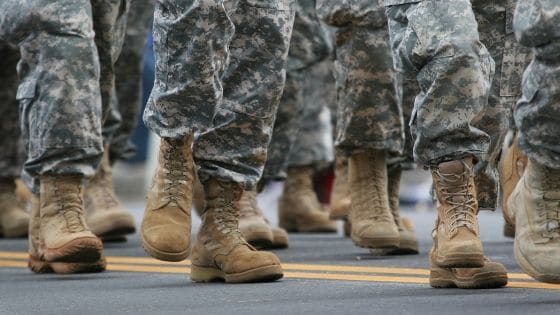 As the population continues to surge, the competition for land and other resources can cause conflict. The US military relies on the local communities for water, electricity, labor, and housing for some of its employees.

It also suffers through the same problems experienced by the locals. Whether its natural disasters or a changing climate, military bases and the local communities can either swim or sink together.

Here are four benefits of their partnership:

The state legislature is grappling with land use near military installations. New residential and commercial developments near the military bases pose a serious security threat. These developments can get in the way of the effectiveness of military training.

The civilians residing adjacent to the military base face challenges such as noise, dust, and accidents.

Having the local community on-board reduces unwanted development near the military base. The military is therefore involved in the planning of local land use. About seventeen states have legislation that requires notification of the military about upcoming developments.They ensure that the quality of life and the integrity of the military training is preserved.

About $400 billion of taxpayers’ money is spent on the installation and maintenance of infrastructure on military bases every year.

Extreme budget cuts by successive administrations have greatly weakened the military. Although that is no longer a problem with the current government, it is time military installations reduced their reliance on the federal government.

Military installations and the local community often share most of the infrastructure which has to be effectively maintained. This is only achievable through coordination between the military bases and the local government.

Sharing data from research such as the potential for earthquakes, flooding or drought helps in planning. Damage to a military installation can cripple military readiness. A pandemic outbreak can be catastrophic.

Military installation requires road networks, sufficient power, and a functioning drainage system. Having a military base benefits the local economy by the construction of new infrastructure or improvement of existing ones.

Military bases are responsible for a sizable percentage of job creation within the state. And, through partnerships with the local educational institutions, the locals benefit from training in various disciplines.

Military Bases Depend Heavily on the Local Community

As the population continues to increase and the resources available continue to dwindle, the potential for conflict is greater than ever.

Having support from the community makes it easier to train and achieve mission readiness. However, a lot more can still be done to continue protecting military installations and the communities around them.

Although military installations are owned by the Federal government, they face unique challenges. State legislatures have a big role to play by ensuring that the necessary laws are passed. In the end, they are better off with the local community cheering them on.