A recent survey by the Military Family Advisory Network found that only 16% of families living in US military bases have anything positive to say about their experience. This report came after a similar Reuters investigative series that revealed the horrific conditions that most families have had to endure despite the huge sacrifice for this country. 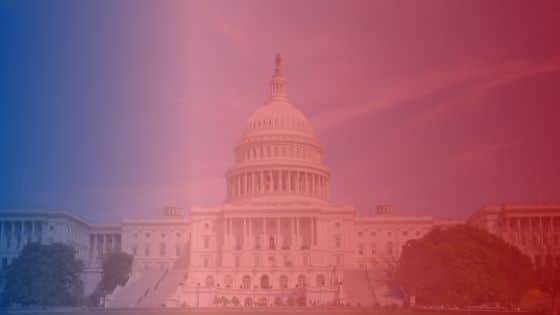 The privatization of military housing began in 1996 with the aim of modernizing living quarters for military families but flopped spectacularly over the years.

Due to public outcry, the Senate Armed Service committee has proposed a raft of changes through a bill. If the bill eventually becomes law, up to $301 million will be used to upgrade military housing and restore some sanity back into the housing program.

Here are some of the major issues that the bill seeks to solve.

Every state has its laws regarding house inspection, on-base houses rarely get inspected. There are several reports over lead poisoning, mold, asbestos, unsafe drinking water, and pest infestations.

The bill will allow local code enforcers to inspect the house to provide an unbiased assessment. It also proposes mandatory inspections when families transition from one house to the next.

In a belated attempt to clean up their mess, companies like Corvias are reportedly running around doing repairs and conducting air quality tests.

Accountability for Landlords, Military and the Pentagon

Under the Military Housing Privatization Initiative that was established in 1996, private developers were awarded long-term contracts to construct, renovate, repair and maintain on-base housing for military families. In return, these companies would get loans and other incentives. Unfortunately, tenants’ rights that most civilians American take for granted were the casualty of this deal. Currently, about 70,000 tenants live on these privatized houses.

Families that were dissatisfied with their housing situation had no recourse. Those that report to their commanders got no help. As the government continued to slash the defense budgets every year, entire units were deactivated reducing the occupancy levels.

This implied less income for the landlords and the reduced BAH (Basic Allowance for Housing) rates only made things worse. The proposed changes will see landlords held accountable for their actions. The bill seeks to slash the performance incentives depending on the tenant levels of satisfaction. In an attempt to win back confidence some companies even have apps to track maintenance progress now.

As part of the arrangement, the government would remit the housing allowances of military personnel directly from the paycheck. This means that the tenants have absolutely no say on where their money goes. Although it has not been signed into law yet, if passed will see tenants allowed to withhold rent from landlords.

Since families usually have very little time to look for alternative housing, landlords take advantage and tenants have to sign lease agreements unaware of the health hazards they might be exposed to.

Some people fail to report or follow up on complaints due to fear of retaliation. Over time the tenants develop serious medical complications. The proposed changes will ensure that private developers compensate the affected families.

Military families have been living in slum-like conditions for years now. If it wasn’t for the investigative report by Reuters most people would be blissfully ignorant of what these families go through.

The report started a conversation, lead to congressional hearings and now a proposed military housing upgrade by the Senate Armed Service Committee. Suddenly every politician has something to say on the matter. While military families wait for the bill to become law, there is a need for continued vigilance.