The US Army Maybe The Worlds Finest: Army careers and opportunities are vast. The US Army and Army Reserve is the mainstay of the United States military’s land operations. Since its birth as the Continental Army in the late 1700’s, the US Army has embarked on a wide variety of missions that encompass the world.

The United States Armed Forces is the world?s leading military force. In co-operation with other branches of the US military, the Army is tasked with the protection and defense of the American people. The US Army together with the Navy and Air Force offers a formidable force that has been build on the foundations of courage, loyalty, respect, and honor while defending the American way of life.

Apart from defending our nation, the Army is also tasked with other operations both domestic and overseas, which means there is always room for new recruits in various areas in the Army. The United States gives young citizens the opportunity to learn new skills, travel the world, and get paid too.

What to Expect in the United States Army

Be Your Very Best!
In the US Army, cadets are trained to be leaders. As you learn the skills of how to become an Army officer, you will also get the opportunity to develop your management and leadership skills.

The Opportunity to Travel the World!

You will learn how to be your very best and what it takes to command soldiers during war time or humanitarian missions.

The US Army offers much more than world-class military training, it offers recruits to be a part of a dynamic community where you get to nurture and hone your skills of becoming the leaders of tomorrow. From sports fields and bars, to shops and other entertainment facilities, the US Army provides an ideal lifestyle for resourceful and ambitious individuals that have a passion for serving their country.

All work and no play is not our way. When not training, Army cadets have plenty of time to relax and make new friends with other like-minded people. You can join the US Army and do something different with your life.

Find a Job in the Army That’s Right for You

The Army transforms normal civilians into resourceful leaders. Joining the US Army is a job where no two days are the same. All Army jobs come with complete training and excellent pay. Once You Join the United States Army, you will become a member of any one of these Corps:

Whether you have an advanced degree or didn’t do well at school, the Army has a range of jobs for young ambitious individuals in various sub-branches of the Army. Whether you are recruited as a soldier or an officer, in the United States Army, learning never stops!

Want to Join the Army?

You can easily find out whether you are eligible to join the army on our website, complete with information on the steps for the US Military Career Guide. We can help to get you ready for the interviews and the tests during the selection process and will be with you every step of the way.

Your journey of starting a career in the Army begins with getting your free military career information right here.

Army soldiers have defeated America’s enemies, quelled foreign conflicts, and brought relief to poverty-stricken countries. The Army along with Army Reserve primarily consists of infantry, but also requires many support roles. These include support vehicles, tanks, artillery and indirect-fire support, medical teams, pilots, and a wide array of other specialties that utilize the highest level of technology.

Should I Enlist or Be Commissioned?

Soldiers in the US Army and Army Reserve are broken up into three main categories: enlisted, warrant officer, and commissioned officer.

Officers provide leadership to enlisted personnel; depending on their rank, they command a certain unit. There are two ways to become a commissioned officer in the United States Army: taking ROTC in college or attending Officer Candidate School (OCS).

Am I Qualified For The US Army?

Requirements to enlist for Army careers include: 17 to 34 years of age, a high school diploma or equivalent, less than 2 children (if married), and US citizenship (or resident alien under I-551). Upon entry into the service, recruits must pass the ASVAB test (Armed Services Vocational Aptitude Battery). The US Army and Army Reserve also offers several ways to assist soldiers who are seeking a college education, and some can qualify for 100% tuition coverage.

JOBS IN THE ARMY 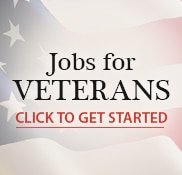