Often times the military force that comes out on top is the one capable of adaptation. It isn’t a force that fights the same war in the same way it has for years (if not decades). History has countlessly demonstrated this fact. From the dawn of human civilization to modern times, the military capable of changing tactics is often the one to win the confrontation, regardless of the size of the militaries involved. That is why change times call for a new kind of focus for U.S. Marines. 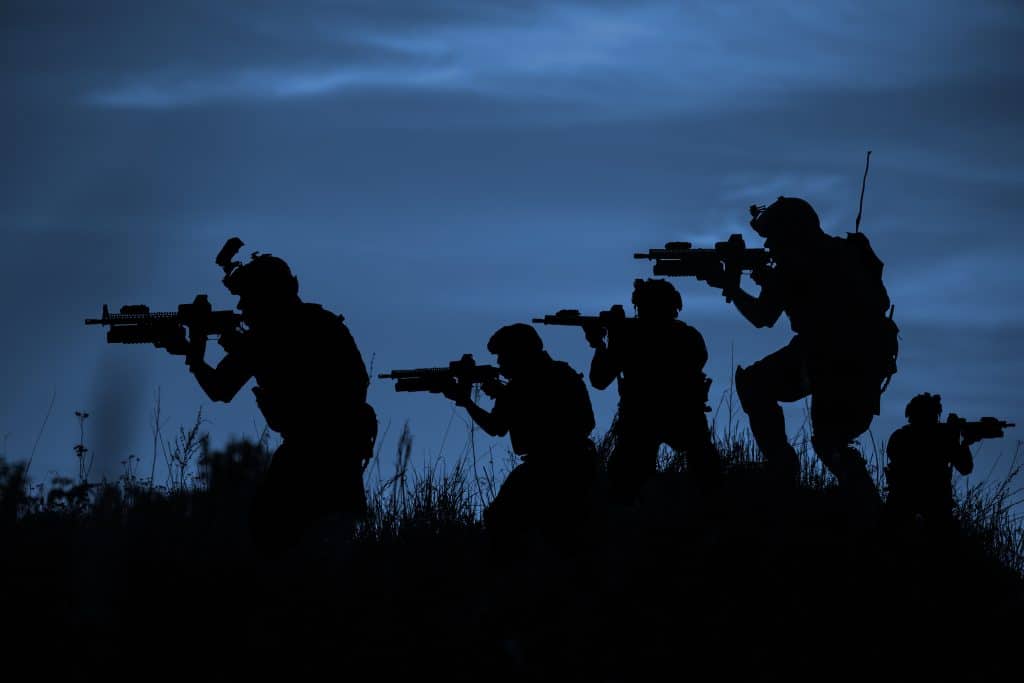 According to Lt. Gen. Joseph Osterman, one of the biggest issues he has with training Marines is altering the mindset. For the last several decades, most Marine confrontations with enemies has been in the form of counterterrorism. Whether in the Middle East, Africa, South America, or other regions around the world, these individuals have not had the same level of equipment or training. Outside of knowing the terrain these individuals had very few advantages.

However, Osterman wants to change this mindset as there may come a time where conflicts are not with inferior terrorist organizations, but with near peer adversaries. If a Marine going through training fails to see an enemy as a potential equal it puts them at greater risk. That is why the U.S. Marines are currently conducting a program known as Exercise Pacific Blitz.

The new training program is taking place off the cost of Southern California. The exercise is with not only thousands of Marines, but with the Navy and Coast Guard. The exercises is designed to not only bring a large number of varying personnel into the fold, but to improve communication between assets, such as helicopters, Navy ships, and HIMARS. The overall goal of the training is to be able to quickly move forces, often in excess of 50,000 troops from different branches of the military, in order to function as one massive unit.

In many ways, the training does pull from the experiences obtained by the Marine Corps back in the Pacific during World War II, where island hopping needed to occur swiftly. There is a need to be able to fight in different kinds of forms. Being stuck in outdated or incorrect fighting tactics is what has caused problems for the military previously. Using WWII fighting tactics did not best attack the enemy, and it took time to adjust to fighting in the Middle East.

Now, most Marines and other branches of the military are trained to fight wars in the Middle East, when in fact the next major confrontations might be more akin to World War II and other massive troop on troop confrontations (and not a handful of insurgents dotting buildings in a city or mountainous region).

In the Middle East, Marines must face snipers and road side bombs. However, new battles might require Marines to fight against drones and they may need to go without GPS communications, should the technology be jammed). Potentially fighting against Russia or China requires a substantially different tactic than what current Marines and branches of the military are used to.

The United States will likely remain in military confrontations around the world. Many of these confrontations are against those with limited resources and a lack of training. However, there may come a time where U.S. Marines will be forced to fight against individuals on, or near the same level of training and equipment. Should this day come, it is critical the Marines (and the rest of the United States military) have the ability to adapt and evolve for the times.