The United States Navy has a history of naming ships after presidents, states, and important figures from within the U.S., including senators. This trend continues as the latest constructed Navy destroyer will be named after U.S. Senator Sam Nunn. 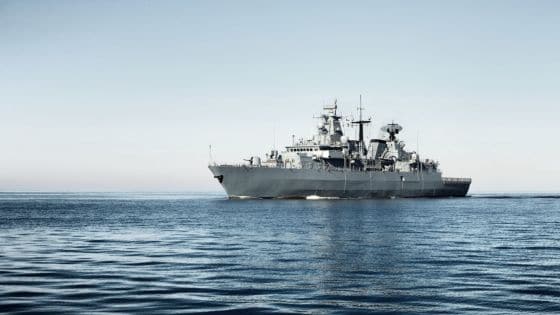 Senator Nunn served as Georga’s senate representative beginning in 1972. He remained as one of the state’s two senators until 1997. Prior to his time as a Senator he served the United States Coast Card in 1959 and 1960. He eventually moved into the Coast Guard Reserve until 1968, when he turned his eyes toward politics. The same year he stopped serving in the Reserves he won election as a Georgia House of Representatives. Here he remained for four years until 1972, when he won the U.S. Senate seat.

During his time as the state’s senator he served as a chairman for the U.S. Senate Committee on Armed Services, and the Permanent Subcommittee on Investigations. He also helped draft a number of important military bills, such as the Department of Defense Reorganization Act, plus the Nunn-Lugar Cooperative Threat Reduction Program.

He became the U.S. Senator for the state of Georgia, taking over the seat formerly used by David Gambrell. Max Cleland has since moved into the seat following his retirement from the Senate. Sam (born Samuel Augustus Nunn Jr) attended the Georgia Institute of Technology (better known as Georgia Tech), and Emory University.

More About the Navy Destroyer

The new Navy destroyer (DDG 113) will be constructed by Huntington Ingalls Industries, which is located in Pascagoula, Mississippi. In total, the ship will be 509 feet long with a beam of 59 feet. It also has the ability to travel faster than 30 knots. These Arleigh Burke-class destroyers are used both in peactime and in times of military crisis, in order to provide sea to air support. The USS Nunn is able to fight air, surface, and subsurface battles, with a number of both defensive weapons. Some of these weapons include missile defense, vertical launce capabilities, and integrate air missiles.

The USS Nunn will be the 83rd Arleigh Burke-class destroyer constructed for the United States Navy. It was first announced the ship would be named the USS Sam Nunn on Septeber 27, 2018. This is just one of the latest honors bestow upon the former senator in recent years, as the American Foreign Service Association also presented him with the Lifetime Contributions to American Diplomacy Award.